Why MLM is a bad idea 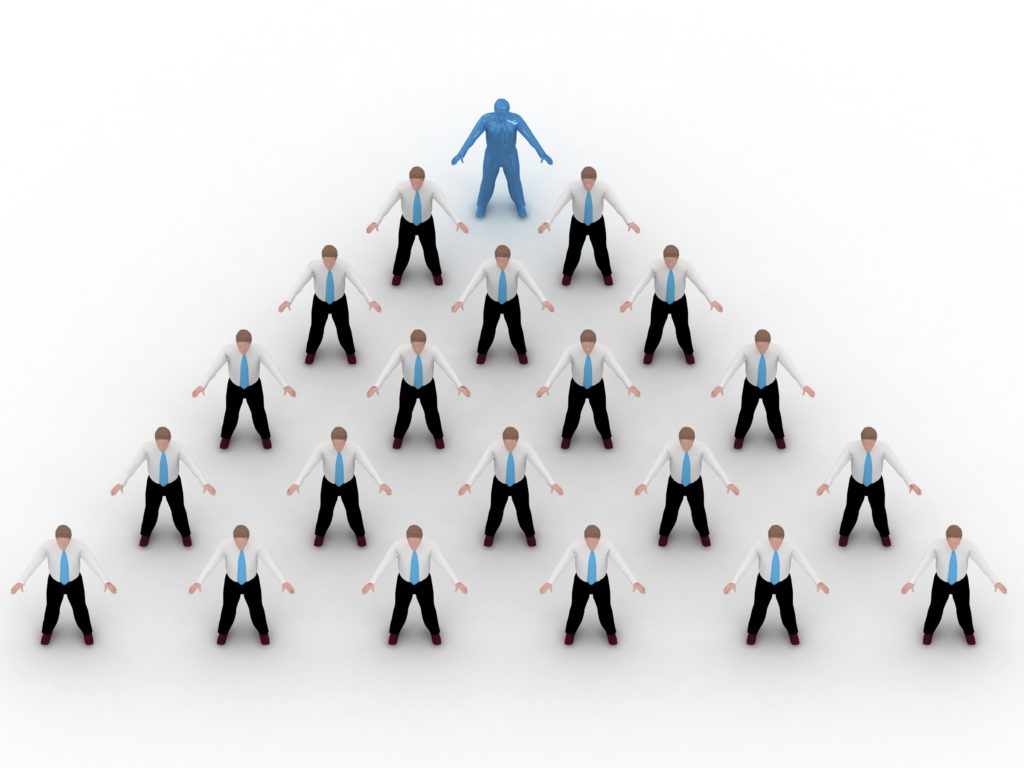 We set up this page to refer people to that want to know why we don’t take on clients involved with Multi Level Marketing otherwise known as MLM,  either on a corporate level or for individual distributors.

The basic reason is we want people to win and to succeed, and the deck is stacked against you heavily in this type of  marketing.

If you don’t know what “network marketing” or “multi level marketing” is, in a nutshell there is a company that you sign up as an independent distributor for and you are supposed to not just make money selling the product itself, but to sign other people up who also sign other people up, and you make commissions on this “downline”.

Two of our current employees used to work for other marketing companies that were heavily involved with MLM, and we got to see the insider workings of the industry firsthand. What we saw, is that the owners of the multi level companies themselves made money and did well, but just a very very few that actually controlled their own downlines themselves actually succeeded. And none of them succeeded by staying with one MLM company. They took their whole downline and jumped ship to another company when they ran into problems with the existing one. Unfortunately, since they actually weren’t in control at a corporate level, they were forced to take their downline and jump from company to company in order to succeed. Even the top producers never achieved the so called dream of endless easy money. They were always hustling new converts to replace the huge attrition rates in their down lines. These successful ones were literally one in a thousand people. All the rest signed up, spent money and made very little back.

Lets back up a little bit here and give you our thoughts on one of the basic problems–network marketing companies are filled to the brim with people that have little true business experience. People are either entrepreneurs, or they are employee types. Most people are employee types and there is nothing wrong with that.

If you add the fact that most people are not good salespeople, you’ll understand another aspect of the problem. Great salesmanship is a pretty rare quality in todays society, and that is why salespeople who are good at their job are rewarded handsomely. If you are going to be successful in MLM you really have to be both, despite all the “systems”.  Frankly, if you do have those skillsets you would be much better off forming your own company, as you will see below.

One of the things we do all the time at Yada Yada is analyze business models. We have entrepreneurs, funded or not, that come at us with all kinds of ideas. So we’ve looked at a lot of businesses with a dispassionate eye, because unless we think the business can succeed we don’t take them on as a client. Nobody can guarantee success at anything, but it has to look to us like there is a true market, it is possible to get a foothold in that market, and the company or person has a good product or service to deliver that will serve that market.

Because people by and large do not have a great deal of business experience they usually think of mlm like this:

1) Its my own business
2) I can make my own hours, no boss
3) I can build it, and as I get people under me, it will build and build, until eventually I can retire and be wealthy.

There is also almost always the idea of getting in on “the ground floor” with a company that is relatively new, expanding rapidly, and has an awesome exciting product. The person feels they have to join, now.

There are lots of variations to this theme, but to us, what is never told to them is the following:

1) Actually it is not your own business. When you pay your money up front and sign a distributor agreement, it is almost always spelled out that you are an independent contractor, and the company takes no responsibility for you if you do anything wrong, etc. etc. What they don’t tell you is that the commission structure can change at any time., all at the whim of the actual owners of the company.

They can even eliminate the entire MLM program and the downline that you spent so long to build. Time after time we saw companies that in mid stream gutted the income of thousands of distributors, either from stupidity, greed, or the need to please wall street.

Either way, most business people know that true wealth is almost always linked to exclusive control of something. If you are the owner of the business, you call the shots. If you have a proprietary technology of some kind that can’t be copied, so much the better. But as an independent contractor you are less than an employee and have literally no say in the operations of the company.

2) Failure rate of MLM companies – this is a hugely overlooked aspect that people do not look at when making their decision.

Here’s the average failure rate of all small businesses:

Some other estimates are even higher than this. So basically even if it was a much more secure business in a secure industry you have a 1 in 2 chance that the great company with the fantastic opportunity will not be there for you, despite all the enthusiasm you now have. I can tell you that MLM companies can and do fold up at these rates or higher.

There is another factor that also isn’t discussed that is also related to this. What happens is when the company is making less than 5 million a year, there aren’t a ton of distributors and they don’t get much government scrutiny. When they start to hit 5-10 million they do get under increasing scrutiny. As the company hits this growth curve, it gets a few better business bureau complaints and some government investigations, if there is any impropriety whatsoever with the founders of the company, any problem with the product, any problem with business practices the company just implodes. There is also an issue with delivery.  These companies aren’t usually ready for the spike in business either, which then can create customer service complaints as well as issues with paying it’s distributors.

If a company makes it past this point, they become an Amway, Quixtar,  Herbalife, Mary Kay, etc. These companies have had their problems over the years, but they have been in business long enough to pass the tests of the regulatory fires. Many companies just can’t handle the growth as explained above, and implode even if everything else is fine. All it takes is a few small mistakes at the executive level for this to happen. When this happens all the distributors are left holding the bag. We have seen instances where the scene is far worse than this, with executives spending money on themselves lavishly, just before the whole thing blows up–Enron, but on a smaller scale.

What you are never told is that in most MLM companies by the end of the first year, and every year thereon, 50 percent of the distributors of that year are gone.

In MLM companies big and small, those cute pictures with all these downlines and legs you think you are going to make a fortune with,  half or more disappear every year, so basically the business model doesn’t work out. Even in this 50 percent figure, we don’t know how many months the distributors were even active.  So you can’t sit back and take it easy, you have to constantly get more people all the time.

By law in the fine print the companies have to say what the average distributor actually earns. Every time I have checked it is usually 50 dollars or less, sometimes 20, very rarely more than 100. Whoever is trying to get you to sign up usually tries to get you to overlook this fact and those people were people just like you that got sold a dream.  They mostly use affinity techniques to gain distributors which mean you have to go to friends and family to sign them up.  It sounds good the first time around, but after the third or fourth time you realize it’s same dream, different company. Just a little math here, if 50% of the distributors are gone within the first year and the average distributor makes 20-100 dollars, plus there is an upfront fee to even become a distributor, is this really a great business?

Now there are many other things that pundits talk about, and we haven’t even touched the actual product or service. But even if the product is a super new miracle product, just the points above are enough to actually evaluate the “opportunity”.

If I told you that I wanted you to sell something for me, you had to pay me an upfront fee for the privilege of doing so, that you would get paid only on commission and oh, before I forget, I could change the rules of the game any time I wanted to or even sell the company. That there was a good chance I wouldn’t be in business even two years from now and that you probably would earn 100 dollars per year, would you be itching to sign up? I hope you wouldn’t, no matter how exciting my product was.

If you compare starting your own small business, website, or company to the above you can see that you have a far better shot at starting something yourself. Keep your day job, start moonlighting in some area, and bit by bit develop your own business or consultancy around it. You will have a far better chance for success and stay off of the MLM Treadmill.

Just so you know, we tried a few of these ourselves and it took almost no time for us to see this wasn’t the way to go.

If you are convinced that you really have the super golden opportunity despite what you have read above, take a look at the following links before you make your decision:

http://www.mlmwatch.org/01General/misrepresentations.html Goes over most claims by the great majority of MLM companies and why they don’t make much sense from a business standpoint.

http://www.mlmwatch.org/01General/recruiting.html Talks about compensation plans and why some of them do not make sense in MLM.

http://www.quatloos.com/Winston_Wu_The_Truth_About_MLMs.pdf This is a pdf document about some personal experiences the author had with MLM, and in it he breaks out the math which explains why over 50% of mlm distributors have to fail, and how it is actually built into the business plans of these companies.

These links and their sites will lead you to plenty of others, some people practically foaming at the mouth about MLM and in our opinion, take things a little bit too far. We’re business people. And if a business doesn’t make sense, or if it actually isn’t a business we have to say so. Because its our job to make people succeed.